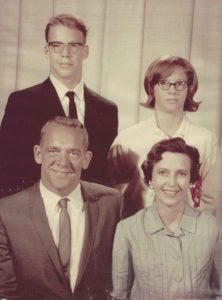 My life’s journey began with what appeared to be a perfectly normal middle-class childhood for the 1950s and 60s in Baytown, Texas. I had two parents who cared about me, a brother 18 months younger than me to fight with, a stay-at-home mom, all the comforts you could possibly want, vacations to interesting places, and a good education.

But, it wasn’t normal….During my preschool years, I knew the name of the stockbroker—Merril, Lynch, Pierce, Fenner, and Smith—and watched my mother sit by the phone, smoke cigarettes, and talk to her broker. For me, college was expected, and it wasn’t until I was in 7th grade that I realized college was not mandatory!

The other strange thing that happened was that my parents, particularly my dad, had the same aspirations for me as he did for my brother. Apparently my dad had lived a very sheltered existence until he was shipped to Europe in WWII and didn’t want that for his children. I remember, as a small child, standing with him in a phone booth, rain hammering down, and, with his coaching, calling the operator and placing a call to my uncle, telling him when we would arrive.

Along with my brother, I learned to play ball, mowed the lawn, and was expected to excel at school. The rude awakening didn’t come until in fourth grade. I’ll never forget standing on the sidelines, watching my brother try out for little league. One of the other boys attempted to catch a slow grounder but it rolled between his legs. I became incensed. I could play baseball better than half the boys on the field, but wasn’t allowed to try out because I was a girl!

My dad tried to soothe my anger by agreeing to coach a group of my friends in baseball, but the effort didn’t last very long. Time passed. I graduated from college, got married, had children (two fantastic girls who gave me three wonderful grandsons), and then came the divorce during Houston’s oil bust of the 1980s. Jobs were scarce but I managed to land at the Equal Employment Opportunity Commission, investigating employment discrimination; eventually remarrying and moving to the private sector as a human resource manager and director. Later I opened my own business, focusing on encouraging diversity and preventing discrimination.

I stay busy by working to save the historic N. W. Faison House in La Grange, Texas. 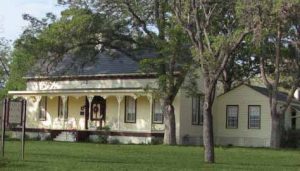 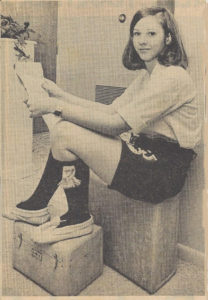 My adolescent dream, however, was never far from my mind. I would envision myself, dressed in my Girl Scout Camp uniform (white shirt, dark green shorts, and green knee socks), patrolling the borders of the island I owned. Occupation—writer.

In my way of thinking, dreams never die; they just get postponed. I actually own 50 acres in the country in central Texas (my island), which is named Las Tortugas. And, although I can’t fit into my Girl Scout uniform anymore, I’m writing.

And the turtle, you ask?    To Native Americans, the turtle symbolizes self-reliance, tenacity, and slow progress. To me, that’s what life is about, making slow but steady progress on the road to fulfillment. 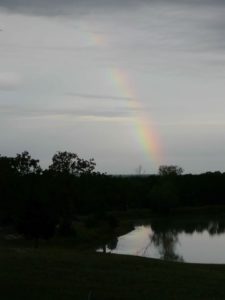