1 BIG ‘BUILD ME UP BUTTERCUP’ HEADACHE 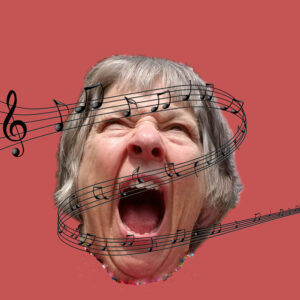 “Build Me Up Buttercup” is about ready to make me scream!  Lately, the tune has been popping up in my mind at the oddest times—driving the tractor, taking a shower—POOF!  It appears.  Its even running in the background while I’m writing this blog.

Having come of age in the 1960s, I am familiar with the song written by Mike D’Abo and Tony Macaulay.  The Foundations made it a hit in 1968.  A little trivia for you:  It hit number one on the Cash Box Top 100 and three on the US Billboard Hot 100 in early 1969, eventually being certified Gold for sales of over a million copies in the U.S.

Strangely enough, this quirky, toe-tapping tune was featured in the 1998 film There’s Something About Mary and the 2001 pilot episode of the spy drama Alias, “Truth Be Told.”

And now, for some strange reason, Geico has decided to use it for their motorcycle insurance commercials.  Why, I haven’t a clue.   One spot features a woman riding a country road belting out the song.  The film cuts to her actually being in a bike repair shop.  After a short pause, others help her continue singing.  According to Geico, if you ride, you understand the commercial.

Well, I don’t ride, and I don’t get it.  All I’m left with is the darn music bouncing around in my brain for over a week.

Build me up butter cup don’t break my heart….

There’s actually a scientific name for this phenomenon:  earworms. (Who knew?)  According to Harvard Medical School:

“Earworms” are unwanted catchy tunes that repeat in your head. These relentless tunes play in a loop in up to 98% of people in the western world. For two-thirds of people they are neutral to positive, but the remaining third find it disturbing or annoying when these songs wriggle their way into the brain’s memory centers and set up home, threatening to disrupt their inner peace.

The songs most likely to burrow in are faster as well as simpler in the way the pitch rises and falls, making them easier to sing.  They additionally have some unique stand-out intervals between notes.

The treacherous earworms attack the brain networks involved in perception, emotion, memory, and spontaneous thought.  They enter when:

If you are musically inclined, anxious, self-conscious, vulnerable, obsessive-compulsive, or typically open to new experiences you may be more susceptible to these creatures.

In most cases, earworms are not serious and may even be part of your brain’s creative process. (Oh, I sure hope this is why the melody won’t let me escape its clutches.  I need all the creativity I can get.)

Harvard suggests trying not to block the song out entirely to get rid of it.  Just accept it.  There is a process going on where resisting may make your brain keep repeating it.  Some say you should listen to the whole song in case your brain is upset because it can only remember part of the lyrics.  (That, for me, is true.  I can’t sing the entire song.)  Chewing gum, which interferes with hearing the music internally, is also recommended.

However, sometimes, earworms can signal the onset of serious illness and sufferers may need to seek medical treatment.

Hmm.  Maybe I need to stock up on gum and see if I can get the pesky tune to go away.  I’m really not in the mood to see a doctor during the COVID upswing.