BOYCOTTING THE FOURTH OF JULY 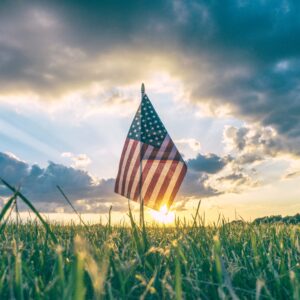 The Fourth of July is our national holiday to celebrate the birth of the United States of America as an independent nation. The document that envisioned a new nation, conceived in liberty, and dedicated to the proposition that all men are created equal was the Declaration of Independence.  The text was full of promise:

We hold these truths to be self-evident, that all men are created equal, that they are endowed by their Creator with certain unalienable Rights, that among these are Life, Liberty and the pursuit of Happiness.

Unfortunately, the white male authors with their big, grandiose ideas managed to prevent over half of the population—slaves (both African American and Native American), free Native Americans, and women—from enjoying these self-evident truths. They used federal, state, and local laws to deny the justices they cherished to others.

FOURTH OF JULY FOR NON-WHITE MEN AND WOMEN

No one was more aware of this than Fredrick Douglas, a former enslaved man who became and activist and speaker, when, on July 5, 1852, he addressed the citizens of his hometown, Rochester, New York. In part, he said:

What, to the American slave, is your Fourth of July? I answer: a day that reveals to him, more than all other days in the year, the gross injustice and cruelty to which he is the constant victim. To him, your celebration is a sham; your boasted liberty, an unholy license; your national greatness, swelling vanity; your sounds of rejoicing are empty and heartless; your denunciations of tyrants, brass fronted impudence; your shouts of liberty and equality, hollow mockery; your prayers and hymns, your sermons and thanksgivings, with all your religious parade, and solemnity, are, to him, mere bombast, fraud, deception, impiety, and hypocrisy—a thin veil to cover up crimes which would disgrace a nation of savages. There is not a nation on the earth guilty of practices, more shocking and bloody, than are the people of these United States, at this very hour.

And the Native Americans? We simply wiped them off the face of the earth, taking their lands, breaking treaties, and depriving them of a way to make a living such as running casinos on tribal property.

And, of course, women’s rights were almost nonexistent. Unmarried women enjoyed more rights such as living where they pleased and supporting themselves in any occupation that did not require a license, or a college degree restricted to males. Once a woman married, however, she lost control.  Unless she had a separate estate, the property she brought to the marriage and what she earned while married became her husband’s.  He could do as he wanted with it without her consent. And the right to vote?  That didn’t happen until 1920.

Today, the Supreme Court has circled around the idea that we should look to see what the original framers of the Constitution meant and rule as the white men did.  Oddly enough, Thomas Jefferson, who wrote the Declaration of Independence, was fearful someone in the future would do this exact same thing.  Governing.com explains:

Thomas Jefferson warned us not to regard the Capital C Constitution as sacred writ. On July 12, 1816, he wrote, “Some men look at constitutions with sanctimonious reverence and deem them like the ark of the covenant, too sacred to be touched. They ascribe to the men of the preceding age a wisdom more than human, and suppose what they did to be beyond amendment.” Jefferson believed that a dynamic society like ours needed periodic constitutional revision lest it be suffocated by an out-of-date social contract. “Laws and institutions must go hand in hand with the progress of the human mind,” he wrote. “We might as well require a man to wear still the coat which fitted him when a boy, as civilized society to remain ever under the regimen of their barbarous ancestors.” Jefferson’s “solution” to the problem of a claustrophobic constitution was to tear it up once every nineteen or twenty years and start again. “The earth belongs to the living generation,” he declared to his closest friend James Madison, who was both impressed and aghast.

(Note: Madison was the father of the Constitution.)

As a woman, I gained many rights in my lifetime, including equal pay for equal work (Equal Pay Act), not being treated differently than men in the workplace (Civil Rights Act and Pregnancy Discrimination Act), and to control my own body. Did you realize that, in the state of Texas, women didn’t get the right to control any community property they owned before marriage or their personal earnings and revenues from their separate property until 1967?

I spent a lifetime working to see that all Americans can enjoy the unalienable rights of life, liberty, and the pursuit of happiness. And, today, I feel as if we are slipping backwards to 1776—a world in which I do not want to live.

MY FOURTH OF JULY

So, I’ll spend a quiet Fourth of July sipping a martini and wondering what has gone so terribly wrong.  Then, I’ll regroup and determine how to continue my crusade to ensure that all enjoy the promise of the holiday.