Benjamin Franklin said, “In this world nothing can be said to be certain, except death and taxes.”  However, in today’s fast-paced environment, change is a given, and it is happening at an increasingly rapid rate.

Dorothy Vaughan, acting supervisor of a group of African-American women known as “computers” in the movie Hidden Figures, is a role model for dealing with change.  Ms. Vaughan’s group performed mathematical calculations by hand at NASA.  Then, NASA introduced a mainframe computer. 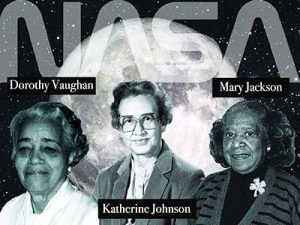 h to realize that, once the computer was in wide-spread use, she and her team would no longer have a job, Ms. Vaughn took action.  She learned FORTRAN, the computer programing language, and read the computer manual on her own, turning her career from certain obsolescence into a path full of promising opportunities.   She also shared her new knowledge with her team.

Don’t make the mistake of fighting change or waiting for someone to train you.  Keep your eye on the big picture and take charge of your destiny.  And, be a leader by bringing others with you.