In this time of fake news, it is important to understand information sources and how to evaluate them.  First, information is either from a primary or secondary source.  A primary source is original material that has not been interpreted by anyone else.  Primary sources can include court records, letters, government documents, or original research and position papers of organizations.

A secondary source consists of information collected from primary sources and then interpreted by the collector. 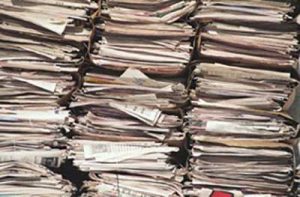 As an example, an accepted view was that Sam Houston was present at the burial of the Mier Expedition and Dawson Massacre heroes in Fayette County, Texas on September 18, 1848.  Local historians were skeptical since Fayette County residents had expressed their disdain for Houston during that time period.

A look at one primary source, a Houston, Texas newspaper dated September 14, 1848, indicated that, as of August 25, 1842, Houston was expected in Huntsville, Texas at any time.   The U.S. Congress, where he served, had adjourned on August 14, 1848.  The September 28, 1848 edition described the burial procession in Fayette County with no mention of Houston.

By using these primary sources and knowledge of the length of time it took to travel in Texas gleaned from stagecoach advertisements around that time, I was able to create a secondary source document interpreting the primary sources and concluding that Houston was not in Fayette County.