A key component to critical thinking determining the difference between fact and opinion.  A fact is a thing that is known to be true, to exist, or to have occurred.  A view about a particular issue is an opinion, which is not always true. 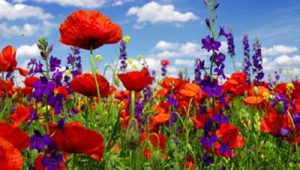 Facts, for instance, can be misleading when taken out of context.  Context is defined as the interrelated situation in which the event occurs.  For instance an employee may claim that a co-worker shoved him.  While the investigation found that shoving did occur, it also discovered that the employee had baited his co-worker by calling him names and then blocking his exit from the work area.  Putting facts in context is an important step in the evaluation process.

Sometimes opinions are stated in such a way as to imply there can be no argument.  For instance an air freshener company may claim that their product smells like the essence of spring flowers.  It is hard to prove whether this is fact or opinion because you would need to run a smell test.  Picking the flowers to go into your test would present a challenge because the number of spring flower combinations could be endless.

We can’t ignore opinions, however, because they do affect behavior.  Some shoppers may believe that brand names are of better quality than store brands even if their opinions are not backed up by facts.