HOW CAN WE STOP BEING THREATENED BY EACH OTHER? 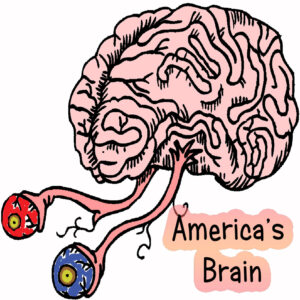 A January 2021 poll taken after the capital insurrection indicated that fifty-four percent of Americans saw their fellow citizens as the biggest threat to American life.[1] Sad, isn’t it?  The reality is that we have more shared dreams and goals than any of us imagine.

Today, the United States is divided into red and blue camps, failing to communicate.  The practice of confirmation bias—cherry-picking information that confirms our existing beliefs or ideas—is rampant.[2]   This phenomenon is most active in the case of ingrained, ideological, or emotionally charged views.  Currently, we focus on media sources that confirm our beliefs rather than considering opposing views.

What changes have occurred to accelerate this?  In 1987, the Fairness Doctrine was revoked.  This federal law required radio and television stations holding FCC licenses to:

(a) devote some programming to controversial issues of public importance, and

(b) allow the airing of opposing views. This meant that programs on politics were required to include opposing opinions on the topic under discussion.[3]

The evolving book industry is currently an issue.  Do you realize that more than eighty percent of all best-selling books on major lists such as the New York Times are published by the Big 5 (soon to be Big 4) publishing houses?[4]  Each group has subsidiaries.  For instance, Penguin Random House operates nearly two hundred seventy-five editorially and creatively independent publishing imprints, including Writer’s Digest Books and Putnam.

We are left with four corporations dictating what and who is published for mass consumption.  Minority and conservative voices need a seat at the table.

What can we, as individuals, do to combat confirmation bias and reach out to others?   Some thoughts are: