ODE TO MY JEEP RENEGADE 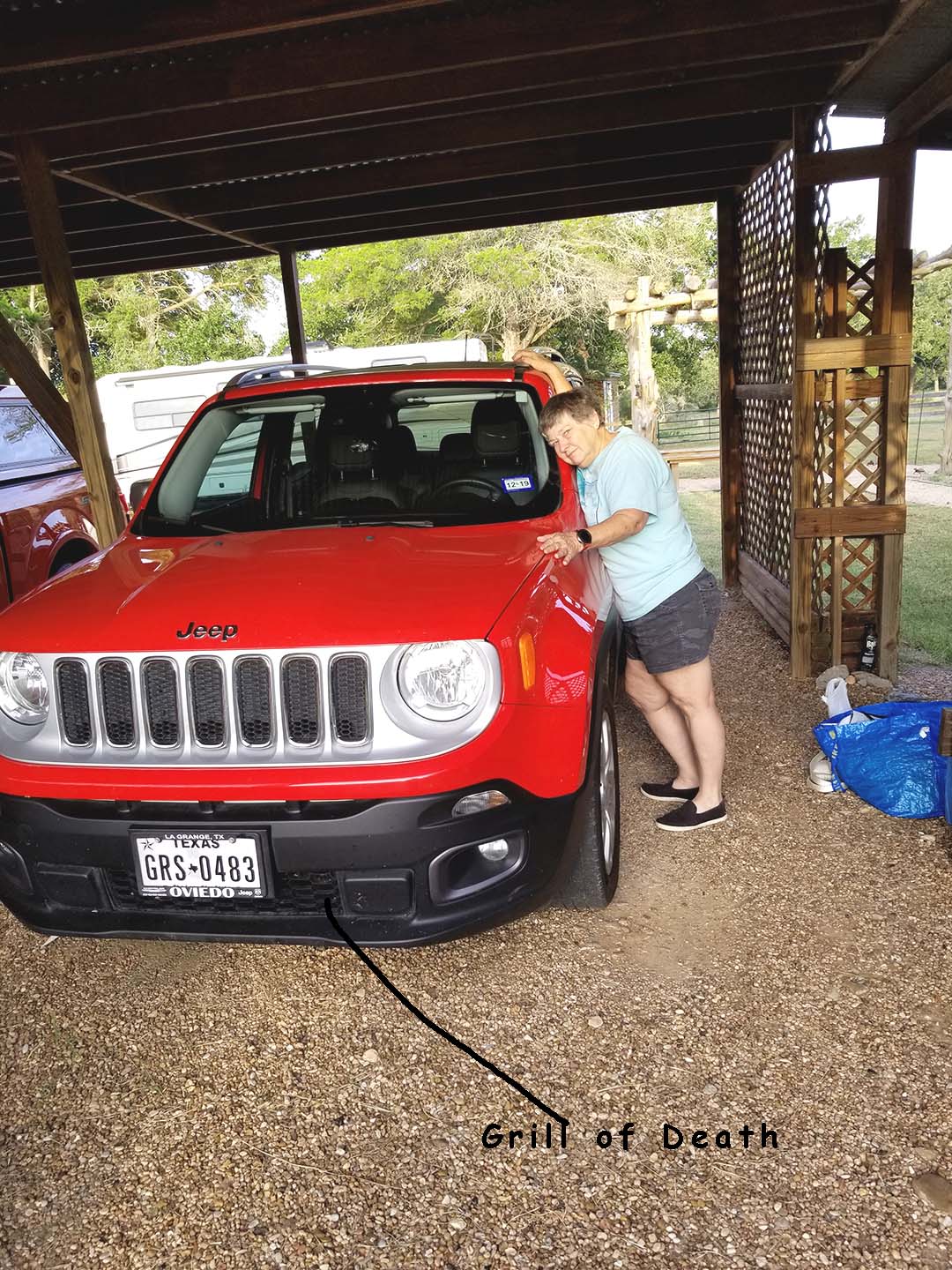 Of all the cars I’ve ever owned, this is the only one I dreamed about, researched, and planned for.

It’s been a crazy ride. I’ve never had a car that had so much happen to it. For some reason, it was an animal magnet. The car, on a Fiat body and Italy, was not designed for rural Texas roads. On two occasions, I had living creatures stuck in the grill below the hood.

The first was a large rabbit who met the Renegade head-on after I’d had it about a week. When I came out the next day, I saw the rabbit head, ears and all, sticking through the grill. The body was on the other side. I couldn’t move the grill and, panicked took it to the dealership. The service manager mumbled that the guys were going to hate him, but he took it out and charged me $50, which I was glad to pay.

The other organism was a bird pinned in the grill. Thank God it was small, and I managed to get it loose, leaving it on the ground in front of the vehicle. Thanks to the efficiency of the forest, the body was gone the next morning.

The last animal to duel with the jeep was a turkey, and the turkey put the big hurt on my little car. The big bird flew off the side of the highway, smacking the top right of my windshield, denting the roof and shattering glass. This was the first of two windshields, the next one bit the dust by taking on severe rock damage.

Then, I added to the insult to injury by backing into a post and scraping a concrete barrier I did not see. Oh, and did I mention two back windshields had to be replaced?

The breakup was quite sudden, and I must blame it on my baby’s Italian heritage. Jeep did not make this model be flat towed behind a recreational vehicle; I guess Europeans do not pull their autos. So, if my husband and I were to fulfill our dream of going to Alaska next summer in the RV, I needed a different car. Reluctantly, I acquiesced and now own a Jeep Cherokee Trailhawk. The only red color available was more wine than bright red so, out of respect to the Renegade, I chose blue.

In retrospect, not getting another red car was probably a good idea. Of all the cars I’ve ever owned, only the two red ones suffered abuse.  My red convertible Volkswagen Cabriolet suffered damage after hitting a tire tread on the highway. Then, I totaled it.

Is there a color of that is toxic for you?