My recent trip to Europe highlighted how personal photography has evolved. I’m from a time when taking pictures was expensive. You bought and had it processed. And, at one point, cameras used flashbulbs good for only one image. Therefore, you carefully chose what you photographed. Then, digital photography hit the scene. Now cost nothing. And, as a result, people take images of anything and everything, including lunch! 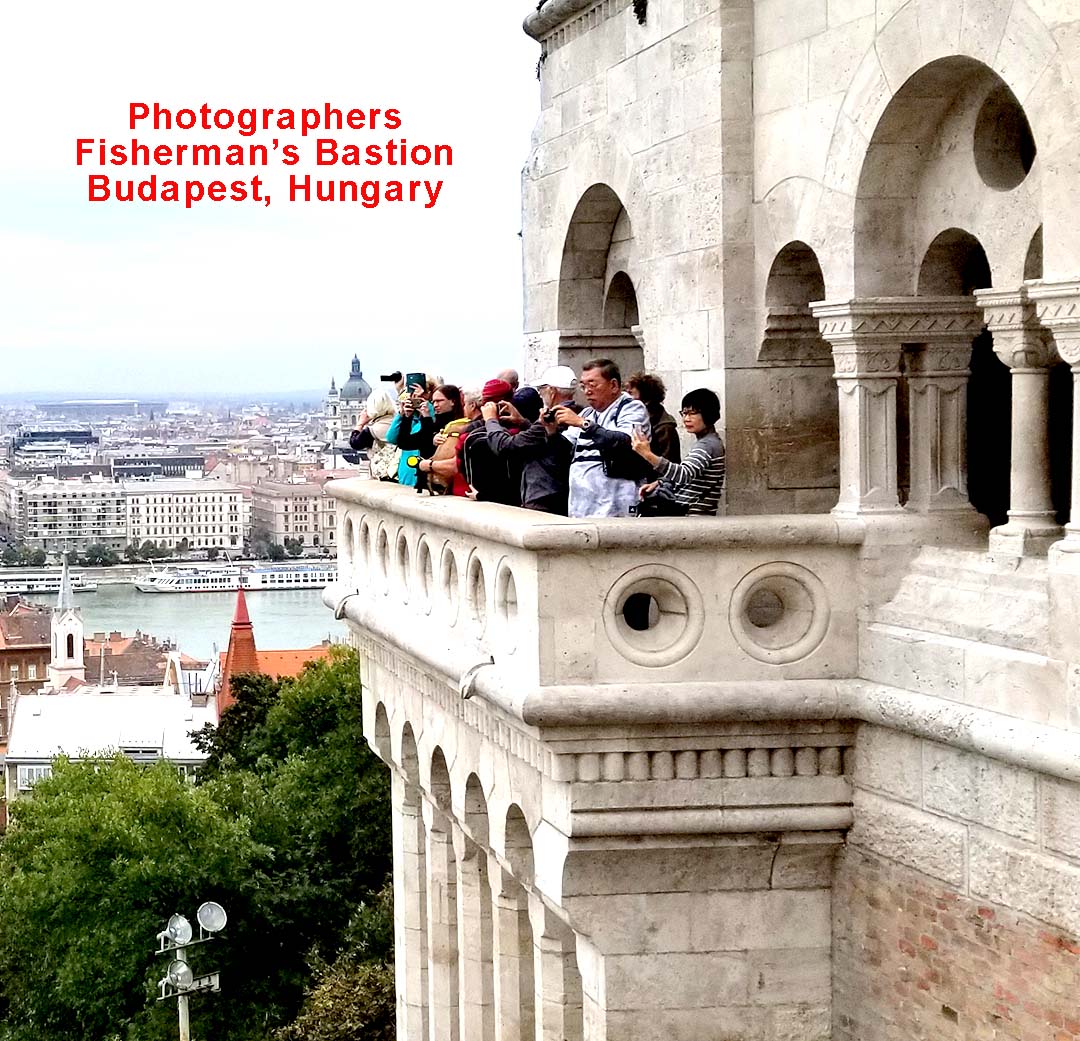 During tours, so many of us had our cameras/cell phones out that it was hard to get a decent shot. At times, I resorted to taking snapshots of things that were over my head so I wouldn’t get the arms of others holding their devices high. (Admittedly, my pictures aren’t that great.) Other times, I just gave up.

One trend I found irritating is the “pose like a model.” The subjects take a stance such as the “looking over the shoulder” or the “sideways glance” pose. One afternoon I watched as a young woman shook out her hair, tossed it around, and then lowered her jacket around her bare shoulders. These pictures take an extraordinary amount of time because multiple takes of different positions are necessary.

While I don’t begrudge photos, I have a definite idea of when enough is enough. We were at an organ concert in St. Stephen Basilica in Budapest, Hungary. Two men in front of me were taking a video of the performance. One of them was downright obnoxious.  He would wave his cellphone back and forth and then whisper to his wife, who was also busy taking pictures. Being distracted by operating their cameras, did they even really enjoy the music? Would the really ever watch that video again? I know they ruined the concert for my friend and me.

Sometimes being in the moment is more important than a photo.