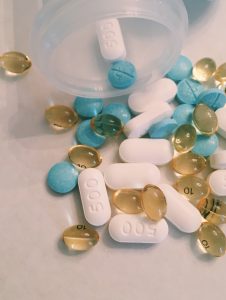 If you were near my computer as I composed this blog, you would probably have seen smoke coming out of my ears.  I am steamed.  After a trip to the doctor, I stopped by the pharmacy to pick up an antibiotic prescription.  The pharmacist told me it would be $42 with my insurance and asked if it was OK. I realized then that those poor worker bees must take a beating from all the sick people upset at the price of drugs.

Recalling that a clerk at another store had recently told me that I could save $22 on a prescription for my husband by paying cash, I asked the cost without insurance.

Soon the answer came back–$34.  When I finally went to pay, the price was only $17 because she had located a better bargain in the system.  So, basically, I was expected to pay $25 more for my medicine because I have gone to the trouble to do the responsible thing and carry insurance.

Apparently, Congress passed—and the president signed the law—Know the Lowest Price Act of 2018 which went into effect on January 1, 2020.  This bill prohibits prescription drug plans from restricting a pharmacy from informing an enrollee of any difference between the price, copayment, or coinsurance of a drug under the plan and a lower price of the drug without health-insurance coverage. (Such restrictions are commonly referred to as gag clauses.)  Until that date, pharmacists had to keep their mouths shut because, if they told customers the truth, they would lose business from the plans.

Let this sink in a minute.  Can you imagine going to the grocery store for bread? Your dietician has indicated that you must choose black bread for your health or you will die.  You don’t see a price on the black bread.  Instead, your bread insurance dictates what price you pay for the bread.  The person next to you with different bread insurance may be paying more or less than you—FOR THE SAME LOAF OF BREAD.  And, fools that we are, we may both be paying more than the bread is worth.  You know the bread company is going to make a profit even if we pay the lower cash price.

If this happened in the grocery store, we would all go berserk.  But we’ve been bamboozled by big pharma and the insurance companies.  They’ve been laughing all the way to the bank.

So, next time you pick up medicine, ask.  Because pharmacies aren’t required to tell you there is a cheaper price.

Photo by pina messina on Unsplash