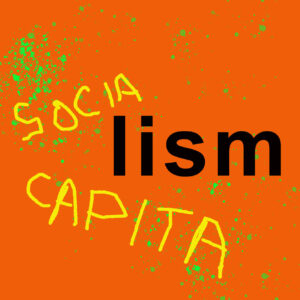 1:   any of various economic and political theories advocating collective or governmental ownership and administration of the means of production and distribution of goods

2a: a system of society or group living in which there is no private property

b: a system or condition of society in which the means of production are owned and controlled by the state

3:   a stage of society in Marxist theory transitional between capitalism and communism and distinguished by unequal distribution of goods and pay according to work done

1a: a system in which goods are owned in common and are available to all as needed

b: a theory advocating elimination of private property

1 : a political movement advocating a gradual and peaceful transition from capitalism to  socialism by democratic means

2 : a democratic welfare state that incorporates both capitalist and socialist practices

THOUGHTS ON SOCIALISM  A HISTORICAL PERSPECTIVE

A look back at the history of the Soviet Union and Cuba, demonstrates that pure communism does not work.  However, neither does total capitalism, called laissez-faire (a doctrine opposing governmental interference in economic affairs beyond the minimum necessary for the maintenance of peace and property rights (Merriam-Webster).  In fact, as early as 1890, the federal government began to reign in private businesses outlawing unfair methods of competition such as price fixing, trusts, and monopolies.

The reality is, we have always been a social democracy, incorporating both capitalist and socialist practices.  The founding fathers added the phrase in the preamble to the constitution “promote the general welfare” indicating that they did not intend the government to operate strictly on laissez-faire capitalism.

The following systems are socialist (the means of production are owned and controlled by the state):

To me, social democracy makes the most sense. It means taking the best of both worlds to fulfill the vision of our founding fathers.  I don’t want pure socialism nor do I want pure capitalism.    Paying a toll every time I wanted to go somewhere would drive me crazy.  Moreover, I love my Medicare.  You will have to take it away over my dead body.  At the same time, I want a choice of what I buy at the store, not just what the government decrees.  I love choices.  If I didn’t have this right, I’d be up in arms.

The bottom line is we need to put away the labels, look at what our citizens need and want, and level the playing field so all Americans have the ability to pursue the unalienable right of happiness.