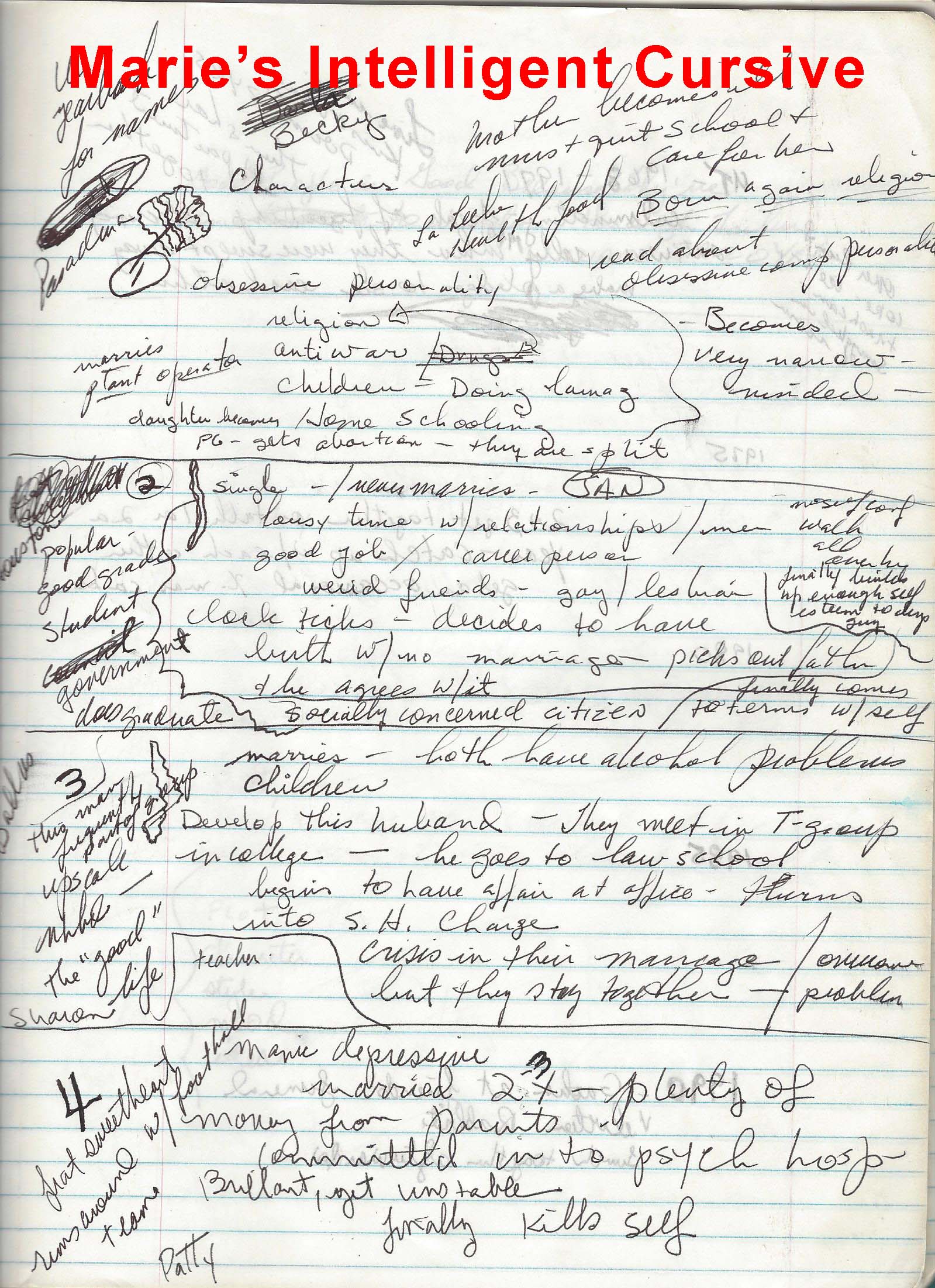 I recently heard that cursive, aka script or longhand, was no longer being taught in schools. Promptly I dismissed the suggestion as a wild conspiracy theory. Now, I’ve learned otherwise.

Several students attending the eighth-grade presentation I recently gave were unable to read cursive writing. That inability made it difficult for them to decipher the 19th-century documents we shared.

In the old days, penmanship was something I never mastered at the level acceptable to solicit accolades from my teachers. It really wasn’t my fault. My family moved from Texas to Alabama when I was in second grade, where cursive was not taught. We returned the following year. My father found out, to his horror, that I had missed longhand lessons. Not wanting me to be behind, he set out to teach me the art of handwriting. The only problem was, he was left-handed!

Years later, I ran into my former high school French teacher who admitted that she believed, when she first saw my cursive, that I was not particularly intelligent. (She really said stupid, but that sounds repulsive to my ears).

So, in this day of computers, texts, and do we need, and should we keep, cursive? Some thoughts to ponder:

The BIC Corporation thinks so and has launched a campaign entitled “Fight For Your Write” (Can you imagine a world without BIC pens?)

So, what do you think? Should longhand be ditched or revived?

If cursive goes the way of skills such as reading paper maps, sewing, writing checks, driving a manual transmission, and ironing, baby boomers should not worry. The inability of large swaths of the population to read longhand could lead to jobs translating documents. We could be busy our 90s.