DO HOLIDAY TRADITIONS TERRORIZE YOU? 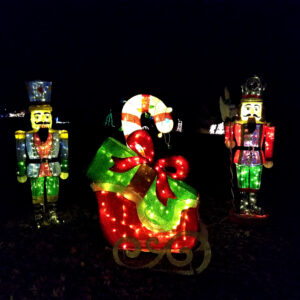 For many of us, Christmas is a magical time full of nostalgia.   Providing our loved ones with a memorable holiday is paramount.  Unfortunately, trying to create the perfect Christmas often overwhelms us.

As a young mother, I sent Christmas cards to friends and baked cookies for neighbors.  Eventually, the pressure got to me.  I was an utter wreck trying to get everything done and began to resent the practice.  In desperation, I abandoned the tradition.  While guilt wracked me at first–guess what?  I was over it quickly!

Some practices I cling to.  My mother served cold duck during the holidays with a toast to the family.  I’ve stubbornly continued, even though I dislike the sugary drink.  Finally, I relented and, while keeping the toast, we changed to champagne or prosecco.  Saluting the memory of her and others who are no longer with us is the central part of the exercise–not the choice of beverage.

What’s important to remember is that nothing is ever perfect, and things change.  Your memories of that perfect Christmas are just that—reminiscences that are with you forever.  The vital part of the season is being with loved ones and sharing peace and goodwill with everyone.  And you can’t do that if you are uptight.  So, relax and accept the 2020 holiday season for what it is—phone calls and zoom dinners.

If you still insist on having a traditional Christmas, I offer you this 1920 recipe from the Flatonia, Texas newspaper.

Take two-thirds of a cupful of soft butter or chicken fat, two and one-half cupfuls of brown sugar, four eggs, one cupful of milk, three and one-half cupfuls of sifted flour, two tablespoonfuls of cocoa, one-half teaspoonful of mace, one teaspoonful of cinnamon, two tablespoonfuls of baking powder, one half pound of raisins, one-fourth of a pound of chopped dates, and one and one fourth pounds of currants.  Put all the ingredients together into a bowl and beat vigorously with a wooden spoon for four minutes.  Bake in loaf pans for 45 minutes.

(Note:  The temperature was not specified.)